Justin on his first day of school (as a PE teacher)- When we got married, Justin began his job search for his first "real" job and God proved (once again) to be our sovereign provider. After months of interviewing and waiting for Apple to call Justin back, his mom mentioned an opening for a PE position at Kirk Elementary. Less than a week later, Justin began teaching PE and what a great fit it has been! Praise YHWH! 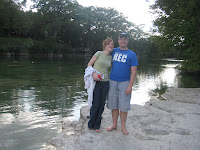 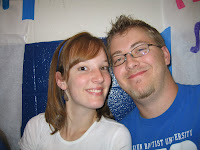 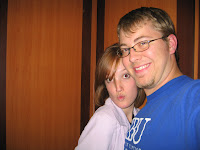 Christmas 2008 (First Christmas as husband and wife)
Posted by the journey of me and my beloved... at 5:49 AM